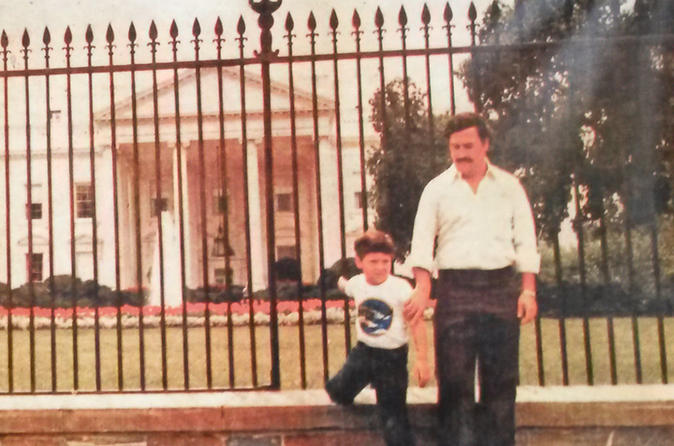 Experience the social and cultural transformation of the city of Medellín, and home of Pablo Escobar, who made Columbia one of the most dangerous places in the world. Now safe to visit, see famous sites built and inhabited by mafia and cartel leaders, during the 80's and 90's.

You will be picked up at your hotel or hostel at either 9am. If you want the tour at different time, please let us know

You will head towards the southern part of the city, and first visit one of the buildings that witnessed the violence during the war between the drug cartels of Cali and Medellín: Edificio Mónaco, which was the former residence of the main mafia boss of the Medellín Cartel, Pablo Escobar.

It is preserved as a solid proof of the horror of an era. The building cannot be visited right now as it is being renovated to house the Head Quarters of the Metropolitan Police. What formerly was the fortress of the most dangerous criminal will now be dedicated to the work of justice.

You will then carry on your tour with a visit to the cemetery with the tomb of this sinister character. Here we can find out more about him and his end, and the history of how the city began its transformation.

Afterwards, you will go back to the city center to have a look at the Square Parque de San Antonio which will help you understand why Medellín is now quite a different city. Here you can admire some of the most famous sculptures by Fernando Botero, donated by him to the city as a contribution to its new beginning.

Next, you will head west to pay a visit to the Comuna 13, a district historically famous for being considered one of the most dangerous places not only in Colombia. A good part of it was built by the late mafia boss and it is the place that produced some of his most famous killers and hired assassins who spread terror across the whole country. Luckily, it is now a completely transformed neighborhood.

Nowadays this part of the city has changed direction and has become an example of the new social transformation. The construction of an original public transportation system with cable cars and escalators called Metro Cable, and meeting centers with libraries, called Parques Biblioteca, were the starting signal for the amazing transformation. This commune was built on a steep slope of the mountains that surrounds the city.

Experience the social and cultural transformation of the city of Medellín, and home of Pablo Escobar, who made Columbia one of the most dangerous places in the world. Now safe to visit, see famous sites built and inhabited by mafia and cartel leaders, during the 80's and 90's.